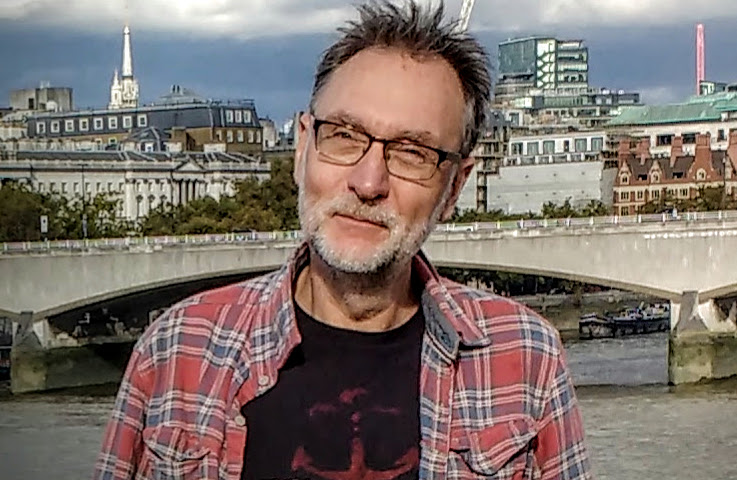 “Cities offer us unending opportunities to learn - if only we turn towards them and not away. By doing this, over and over again, the city becomes infused with our humanity.”

Bob has lived, worked and practised meditation in and around London for over 40 years.

He began his career in Camden Town running a community photography project. Then, as the Arts Officer for Hertsmere Council, he initiated a host of arts projects, including the Wyllyotts Arts Centre, which he ran for several years. Increasingly fascinated by the potential of technology, he switched careers, working for several start-ups in the early days of the internet. In 2006 he returned to the charity sector as Web Manager for Arthritis Care and more recently as Head of Digital Services for The National Autistic Society. Both charities are based in central London.

Bob began teaching meditation in the workplace, at the request of his colleagues, in 2007. In 2014 he began training at Bangor Centre for Mindfulness Research and Practice to teach MBSR (Mindfulness Based Stress Reduction). In the same year he founded Mindful in the City, with Dr Laura Madeley, and began offering secular mindfulness courses, in central London, to people working in the health and charity sectors. He is currently working with staff and students at Queen Mary University London and is about to begin working with the addiction charity Bet Know More. He lives in Tottenham and on his canal boat, Fiodra, on the River Lea.

An instructor for The Big Sit:

If you are keen to become a part of The Big Sit community as an Instructor, please reach out to us by expressing your interest.

All Articles
No items found.